Benefits of becoming a member. . .
Pottery for sale at Members Events and Society Auctions as well periodic Special Edition pieces. Receive notices of upcoming Auctions, Events, Billy Ray Hussey Pottery Kiln Openings, periodic Society Newsletter, and Pottery offered exclusively for Society Members.
Join the Society today. . . and receive Catalog 46, or catalog of your choice, also Society Newsletters.
​​​Southern Folk Pottery Collectors Society Reference Catalog 46 presents "Outsiders-Inside." 425 Lots. Date of catalog November 5, 2016. Pages 142.  Fully illustrated, "full color." A historical groundbreaking plateau in the first to record several findings in research. Like in the first Southern U.S. marbleized example of redware from the 18th century. Further the Johnson's of North Carolina working in Virginia, and more. Some of the first examples both is aesthetics and makers of recent recollection. Building around the South's iconic African American legends working in the early 1800s of Edgefield, SC primarily Dave Drake signed and dated wares. Such a variety is to be had from the highly prized redware examples of the 18th century into celebrated stoneware examples from the 19th century with several rare markings and into the 20th century with some of the finest art pottery highlighted with the premiere Jugtown Pottery with the famed Chinese Blue Persian jar, and not to under estimate the working legends in their right carried on the South's tradition into the 21st century. A must have catalog for collectors.
Post sale price list included with catalog. 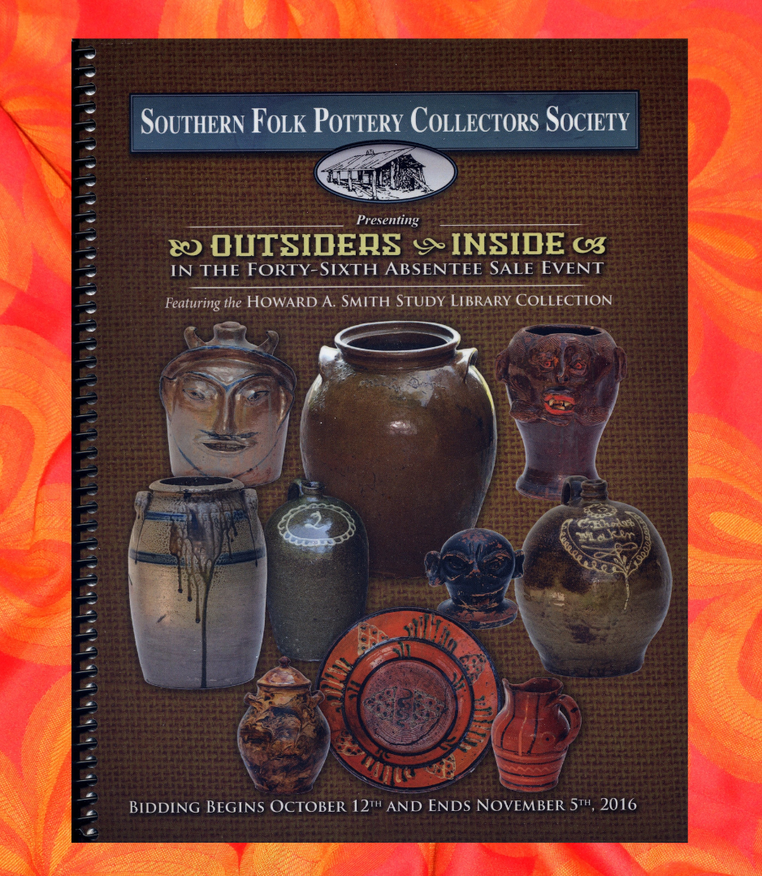